Rank-and-file teachers across the United States challenge their unions to embrace social democratic ideals, and fight for equal access to social goods, such as quality public schools and safe tap water. Drawing on the case of Newark, New Jersey, this essay questions the liberal democratic norms and policies that continue to treat teacher unions as narrow economic organizations.

A decade ago, teacher unions were minor political players in US cities, focused primarily on negotiating educator wages and benefits. Today, this is changing. Los Angeles teachers won a 2019 contract that guaranteed the access of every school to public green space; that same year, Chicago teachers included rent control for students as a strike demand (McAlevey 2020). In Newark, New Jersey, where the remainder of this essay focuses, a caucus of union teachers is the plaintiff in a federal lawsuit over lead poisoning that, to date, has resulted in the replacement of over 18,000 lead service lines in the city and a $7.5 million grant to replace pipes in Newark schools (Newark Water and Sewer Department 2020). Teacher unions are making claims on place and space, organizing for more egalitarian cities.

What is urban studies to make of this outward turn in teacher unionism? What are its implications for urban policy?

Teacher unions in the liberal democratic order: past troubles and limitations

Teacher unions have long struggled to legitimate themselves in the broader liberal democratic order. Their power has depended on extracting concessions from the local state. Yet, through the 1960s, lawmakers denied teachers the right to strike, seek mediation or bargain with government, arguing voters entrusted school boards and mayors to represent the entire public, not to privilege the interests of a minority group of educators (Connell 2016; Shelton 2017a).

This defense of good governance was digested organically in Newark in 1970 as teachers risked striking for one of their first union contracts. The city had elected its first black mayor, Kenneth Gibson, who appointed a Black Power activist to preside over the school board. Corporate flight, an eroding municipal tax base, shrinking state and federal aid, and corrupt leadership in a largely white-ethnic school board had resulted in the systematic underfunding of Newark schools, especially in the poorest neighborhoods of color (Anyon 1997). Black Power leaders hoped the election would bring investment in education but cautioned that the predominantly white and suburban teacher union might undermine their vision. Black Power wished to expand schools into community centers for vocational training and community organizing; teachers wanted to reduce their nonteaching duties (Golin 2002). The Newark Teachers’ Union (NTU) leadership was black and made a case that one goal did not preclude the other: if teachers could concentrate on student instruction, the district would need to hire other (black) Newarkers in nursing, social work, and paraprofessional roles. This did little to ease tensions. The labor dispute turned into an acrimonious citywide struggle of Teacher Power vs. Black Power, a fight for control of the district’s future. Students and parents of color packed the school-board meeting, urging representatives not to capitulate to teacher demands; the NTU’s contract was voted down and teachers were jailed nine days for striking (Shelton 2017b). 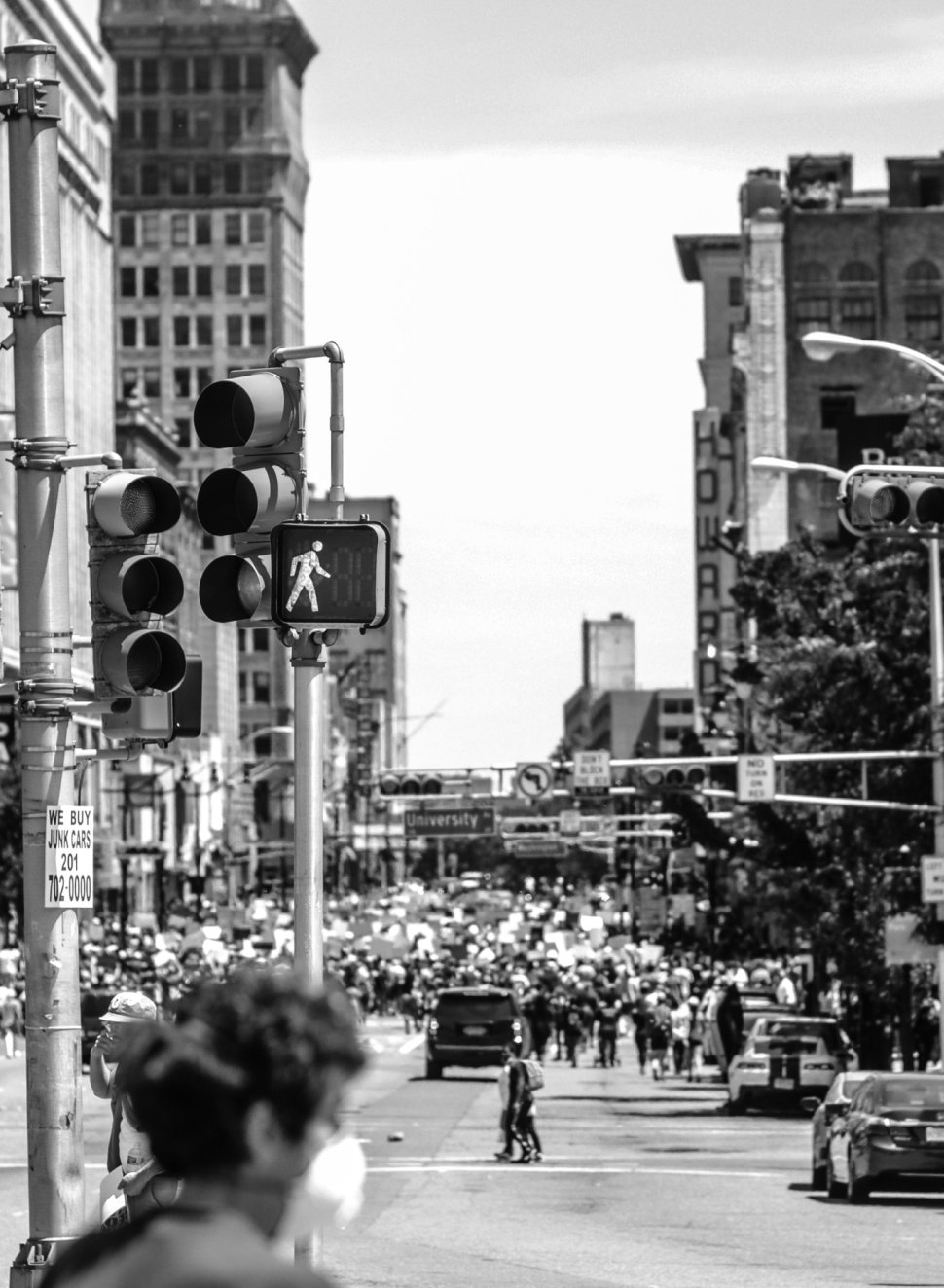 The next year, the teachers and the board settled a compromise agreement when the mayor enforced a 1968 revision of New Jersey’s labor statute that continued to outlaw strikes but gave teachers the right to unionize, bargain, and seek mediation. The legal change reflected a growing embrace of a different variant of liberal democratic thought: pluralism, or the notion that different groups had different interests and needed access to power structures to advocate for themselves. Government’s role here was no longer to synthesize a unitary public interest (Connell 2016), but to fairly distribute social costs and benefits (Smith 2012). The contract settled in Newark heeded some of Black Power’s wishes by allowing teachers to be assigned unlimited nonteaching duties while conceding raises to teachers. The NTU gave up on bargaining for community hires (Shelton 2017b). Pluralist accommodation required a narrowing to more singular issues and put outward-facing demands outside the scope of what a union contract was expected to obtain. Put differently, pluralism set the NTU up to become what some initially feared: a teachers’ organization that could advocate for itself, but not others.

Reflecting on the debacle, teachers in Golin’s (2002) oral history of the strike hazarded that the NTU ought to have coordinated with parents and students prior to striking. There is no doubt truth to this reflection, and, as we will see, resident organizing is the core practice of a later generation of teacher unionists. Yet the policies governing teacher labor actions in the 1970s were themselves limiting: teachers went from being barred from bargaining and striking because they were a minority group, to being allowed to bargain, but only as a minority group. It will be argued below that these policies have been misguided. Albeit to different degrees, both theories of good governance and pluralism have curbed teacher-union ambitions to protect the powerful, but primarily formal, ideal of a sovereign government responsive to popular will(s). These theories have not squared with the political economic reality of government’s partial capture by corporate interests. Nor have they been able to account for the complex processes that destroyed Newark’s municipal finances and that continue to weaken local elected government’s capacity (or desire [cf. Reed 2017]) to substantively improve public goods (Anyon 1997). Conversely, these policies underestimate the teacher union’s potential to mitigate trends of disinvestment in public goods.

By 2012, the NTU had been ossified for decades and, despite several attempts at progressive reforms, public education continued to suffer from austere policies, all the more accentuated in the aftermath of the Great Recession (Danley and Rubin 2019). Activist teachers formed the Newark Education Workers (NEW) caucus to challenge the NTU to better fight austerity. NEW began by mobilizing teachers to organize alongside hundreds of students and parents to protest school closures and the funneling of public money to privately run charter schools. Within three years, NEW had helped win back local control of the district, which had been under state takeover (Morel 2016), had won seats on the school board and the union’s executive board, and secured a promise from the new superintendent to reinvest in public schools and halt charter-school growth (Owens 2020).

Today, NEW’s terrain covers nonschool matters ever more explicitly, as the education workers aim to meet the needs of the most vulnerable students, particularly of color. One teacher articulated: “Black city, immigrants coming from other countries fleeing X, Y, Z, you name it, it’s happening here… we serve those students.”

Openly class-conscious, NEW challenges government decisions to subsidize private profits (e.g. charter schools, downtown development), while limiting social spending and overburdening underemployed Newarkers with living expenses. In 2018, NEW discovered lead levels in Newark were higher than in Flint, Michigan, and that local government knew of the problem but had not acted. Though 10 community groups signed an initial petition to the City, NEW was the only one willing to press forward as the plaintiff in a lawsuit to replace pipes in schools and homes. While awaiting the court’s decision, teachers helped distribute bottled water, held educational events on filter use, put Newark high-school students in touch with youth in Flint, and organized rallies and media appearances to pressure government to a resolution. The relatively rapid two-year effort to replace lead service lines has come at no cost to Newark taxpayers or homeowners (Newark Water and Sewer Department 2020).

Old liberal democratic norms governing teacher unions cannot make sense of NEW’s campaigns, which belie the dichotomized assumption that unions act on self-interest while governments fairly arbitrate the public interest (Shelton 2017a). Instead, NEW intervenes where government has been inert, and asserts the ability of unions to work for both their members and the public in a deliberative process. The caucus advocates for teachers, flexing union muscle to improve teaching conditions, but it also “places student needs up there with ours.” Like Black Power, NEW stipulates that organizing that begins in schools can tackle issues that scale up from the classroom to the city.

Yet, in the last instance, NEW targets the state. The caucus imagines a reinvigorated public sphere where elected government works in concert with public workers and an activist citizenry to maintain quality universal programs, beginning with education and stretching to foundational material infrastructure. Their vision is one better captured by the notion of social democracy. Unlike good governance or pluralism, social democracy emphasizes shared material goods over differential interests (Smith 2012); it shifts from a singular focus on elected government to efforts to revitalize the institutions of social welfare that also comprise the state. Teachers are holding out hope that public systems can meet the needs of all.

Teachers in LA, Newark, and Chicago were some of the first to form activist union caucuses to counter racialized disinvestment in public goods. Today, such caucuses exist in nearly every state; each has adopted a localized variant of a social democratic agenda.

These caucuses face significant opposition, often articulated in old normative tropes. Politicians labeled Chicago teachers’ attempt to bargain for rent control “bad faith” (Foody and Babwin 2019). The Newark union’s own president dismissed NEW’s fight for safe water as beyond the scope of union interest. Moreover, public support for labor action remains thorny in many places, including Newark, where politicians and residents express misgivings about the still majority-white teacher union’s overreach into public affairs. In part, the onus is on rank-and-file teachers to meet resident needs, cultivate public trust, and challenge both their colleagues and union leadership to do the same. Their work can help prevent the bitter divisions of the 1970 Newark fight from repeating themselves.

On the other hand, public policy can evolve to accommodate social democratic experimentation. Local governments can move beyond the bounds of pluralism to bargain with teachers for the common good. In negotiating for green space and affordable housing, teachers in LA and Chicago pushed the envelope—deliberately. Progressive governments can legitimize collective bargaining of this kind, establishing a formal medium for unions to participate in politics. Other policies to consider include residency bonuses to encourage teachers to live where they teach, thereby solidifying ties with public school families, and the legalization of teacher strikes, which are vital to making gains, but which local jurisdictions often preclude.

Contra perceptions of teacher unions as narrow economic organizations, teachers in Newark, LA, Chicago and elsewhere rehabilitate their unions to rehabilitate their cities. They negotiate for investment in public systems, repair ties with community residents, and construct an activist, working-class public. They offer a potentially exciting way to navigate today’s crises. They face skepticism, some of which reveals the class commitments of their opponents, but some of which articulates enduring, but outdated, views. Their success will depend on whether policy and discourse can recognize teacher unions for their social democratic potential, rather than their liberal democratic limits.